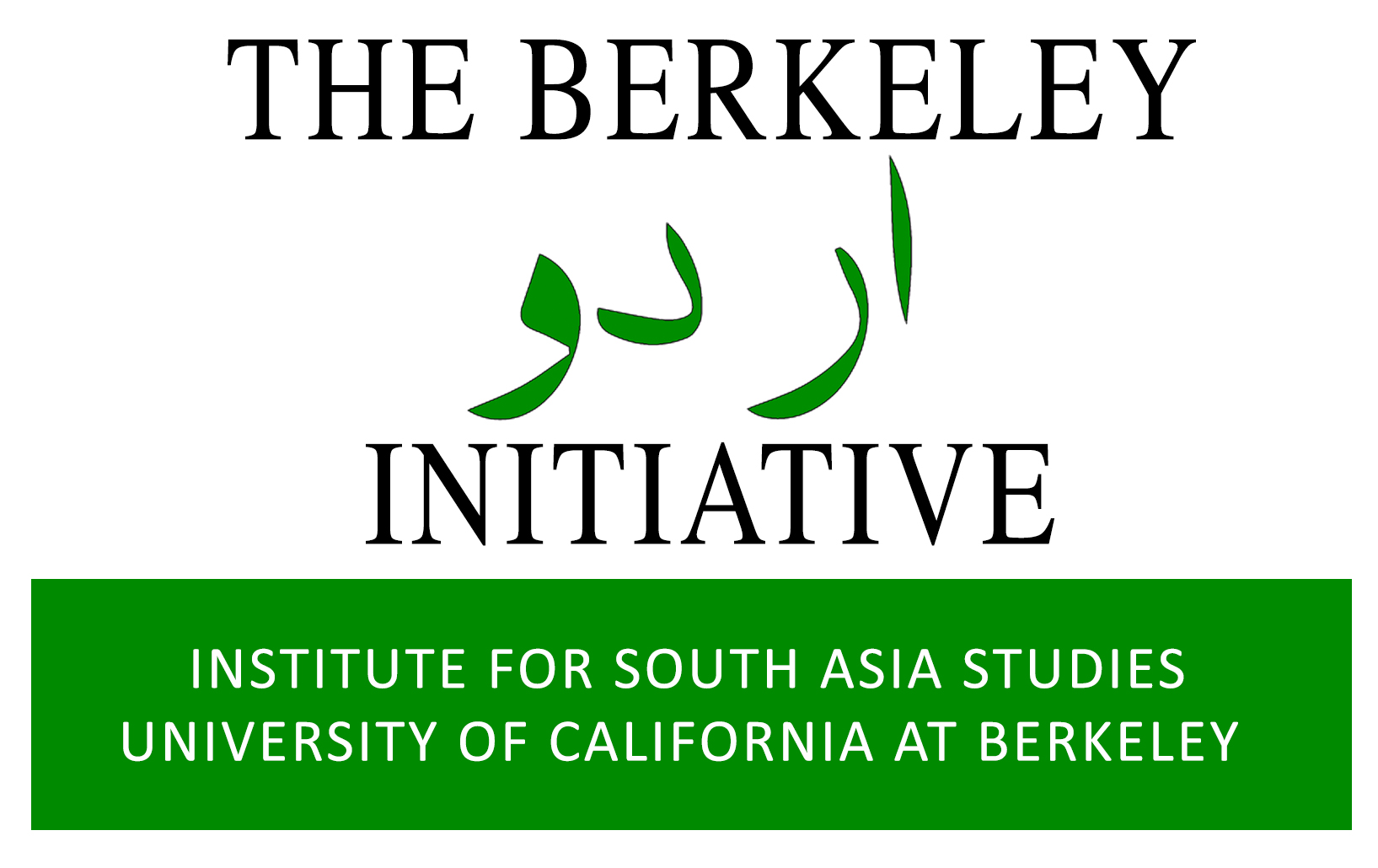 The Berkeley Urdu Initiative was officially launched in September 2011 to sustain, enrich, and expand the Urdu Studies program at the University of California, Berkeley. UC Berkeley is a global leader in the study of South Asia, and one of very few institutions in the United States to offer both undergraduate and graduate degree programs focusing on numerous aspects of this vital region. As an integral part of the South Asia curriculum, interest in the study of Urdu is growing rapidly. The Urdu Initiative is committed to strengthening our engagement with this subject in the years ahead.

The Urdu program draws from the rich resources provided by the Department of South and Southeast Asian Studies and the Institute for South Asia Studies (ISAS). Key components of the Urdu program at UC Berkeley include formal Urdu language instruction, informal reading groups and seminars, the Berkeley Urdu Language Program in Pakistan, substantial collections of Urdu materials housed in UC Berkeley’s archives, and the regular academic and cultural events organized by ISAS.

Urdu has been part of Berkeley’s South Asian language curriculum since the late 1950s. Currently, Urdu instruction is offered at three levels, beginning, intermediate, and advanced. Berkeley’s Urdu program is among the few in North America that do not combine Urdu and Hindi instruction.

Dr. Gregory Maxwell Bruce teaches all levels of Urdu at Berkeley. He joined the UC faculty in Fall 2016 as Lecturer in Urdu in the Department of South & Southeast Asian Studies after earning his doctorate in Asian Cultures and Languages from the University of Texas at Austin. His research interests lie at the intersection of literary aesthetics, intellectual history, and religious studies. His academic publications include articles in the South Asia Multidisciplinary Academic Journal (SAMAJ), The Encyclopaedia of Islam (forthcoming), and Encyclopaedia Iranica. Dr. Bruce also composes and performs Urdu and Persian poetry at mushairas and other literary events in the United States and India.

Every fall, Dr. Bruce teaches an Advanced Urdu course on a special topic in Urdu studies. Past and future courses include An Introduction to Classical Urdu Poetry; Justice in Urdu Literature and Film; Urdu Detective Fiction; Urdu Humor; Adventure and Enchantment in the Urdu Masnavi; and Female Voices in Urdu Literature.

Every spring, the Institute for South Asia Studies sponsors a reading group in Urdu literature. In the past, the Reading South Asia group has met to read the poetry of Mirza Asadullah Khan Ghalib. Current and future topics include Qawwālī and Sufi Traditions; Justice in the Urdu Marsiyah; Urdu Memoirs of Stage and Screen; Qurratulain Hyder and the Urdu Novel; Saadat Hasan Manto and Partition. Students at all levels are welcome. Please click HERE for further information.

The Berkeley Urdu Language Program in Pakistan (BULPIP), run in conjunction with the American Institute of Pakistan Studies (AIPS) and the Lahore Institute of Management Studies (LUMS), completed its eighth and final year in 2021. It will not longer be accepting any applications.

History: In 2014, after a 5-year hiatus and thanks to a $3.1 million grant from the US government, the BULPIP-AIPS Urdu Training Program (BULPIP) recommenced training students. Originally founded in 1973 and based in Lahore, BULPIP provided intensive Urdu language training to American students, scholars, and teachers who had research and professional interests in Urdu language and literature, Pakistan, Islam, and the Muslim communities of South Asia. The program ran continuously until 2001, when, due to a State Department travel warning prohibiting students from traveling to Pakistan, BULPIP was forced to relocate to Lucknow, India, and subsequently shut down in 2008. Under the terms of the revived program, The Institute for South Asia Studies runs BULPIP in conjunction with the American Institute of Pakistan Studies (AIPS).

The program awarded fellowships to up to ten US-based graduate students per year to spend fifteen weeks in the fall semester undertaking intensive Urdu language training at the Lahore University of Management Sciences in Pakistan and to train up to ten Pakistan-based Urdu teachers in contemporary second-language teaching pedagogy through internship appointments spanning two to four months at US-based universities over the lifecycle of the grant. 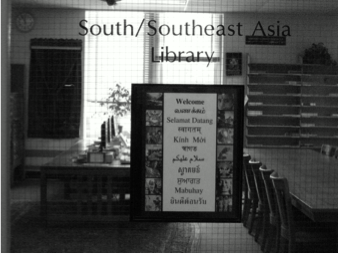 The South and Southeast Asia Library (SSEAL) at UC Berkeley contains one of the largest collections of Urdu publications in the world, with over 33,000 titles. Under the able stewardship of the South Asia Curator and Cataloger of SSEAL, Adnan Malik, the library continues to build its already substantial collection, which is widely considered among the finest university collections in the world.

UC Berkeley is a member of several digitization projects, of which three are most salient to Urdu Studies. These include the Google digitization project, Hathi Trust, and the Center for Research Libraries (CRL). Hathi Trust and the CRL are consortia of UC academic libraries and their digital holdings can be accessed through UC Berkeley’s online catalogue. The CRL also has extensive holdings relating to South Asia and Urdu Studies in paper and microform.

The Institute for South Asia Studies runs an extensive program of Urdu-related academic and cultural events throughout the year. Seminars, guest lectures, conferences, artistic performances, and the annual Mahomedali Habib Distinguished Lecture Series on Pakistan bring distinguished speakers and artists from around the world to campus. These events draw attention to the many histories and traditions that comprise and intersect with Urdu culture. They also nurture the spirit of cosmopolitanism that animates Urdu Studies at UC Berkeley.

In the Fall of 2011 the Urdu Initiative launched a fundraising drive to create a permanent endowment to protect the position of the Urdu lecturer as well as Urdu instruction at UC Berkeley. In the spring of 2013, we reached our goal of raising $300K.

Among our individual supporters were:

Among our corporate benefactors, we are especially grateful for the support of Computers and Structures Inc. and the Habib Foundation.

The generous support of these donors, along with the assistance of UC Berkeley and a Title VI Grant from the U.S. Department of Education, reaffirms the university’s place as one of the premier instructions for the study and promotion of Urdu in the United States.

The Berkeley Urdu Initiative was officially launched on September 25, 2011, with a Guftugu celebrating the birth centenary of the Pakistani poet Faiz Ahmed Faiz. Read media coverage about this launch.

Our present priorities for Urdu Studies at Berkeley include raising money to:

We look forward to working with supportive individuals and organizations to accomplish these goals.

Please consider making an online donation to the Urdu Initiative and Urdu Studies at UC Berkeley.