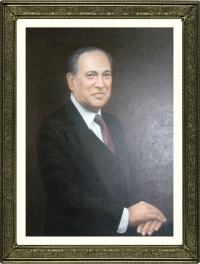 Syed Sharifuddin Pirzada was born on 12 June 1923 in Burhanpur (British India). He was an elder statesman of Pakistan, a leading historian of the Pakistan movement, and a pre-eminent lawyer who was widely regarded as one of Pakistan's leading constitutional experts. Mr. Pirzada started his political career by working for Muhammad Ali Jinnah as an assistant in Bombay in 1941, and it was at Jinnah's behest that he chose the legal profession.

He also led the Pakistani delegation a number of times to the UN General Assembly, the UN Human Rights Council, the Law of Sea Conference, as well as addressed the UN Security Council many times on issues related to Islamic countries. He successfully argued at the International Court of Justice, was appointed by the UN General Assembly to the International Law Commission, served as a judge at the ICJ, and was elected Secretary General of the Organization of the Islamic Cooperation (OIC). 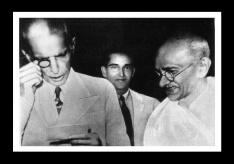 Mr. Pirzada published several books on the Pakistan movement and aspects of constitutional law in Pakistan.