The Institute for South Asia Studies (ISAS) at the University of California, Berkeley is one of the world’s foremost centers for research and programs on South Asia. ISAS works with faculty members, graduate students, community members, private institutions, and non-profit organizations to deepen understanding of the region and to create new generations of scholars of South Asia. One key area of focus at ISAS is South Asian language study designed to equip scholars and practitioners with the tools they need to engage most effectively with the communities in which they work. Whether it involves studying classical texts, conducting archival research, working with villagers, or interviewing government officials, knowledge of the local language is imperative to advancing research and engaging effectively with local populations. To this end, ISAS has launched the Telugu Studies Initiative toward focusing attention on the study of Telugu language, culture, and history. Our commitment derives from a deep appreciation of Telugu’s rich literary and historical lineages as well as the knowledge that Telugu Studies is woefully underrepresented in US academia compared to Tamil, Hindi, Urdu, and other Indian languages.

Telugu is part of the Dravidian language family spoken primarily in the Indian states of Andhra Pradesh and Telangana. According to the 2011 Indian census, it is the most widely spoken Dravidian language in India with over 90 million speakers. It is also commonly spoken in Fiji, Malaysia, Singapore, UAE, the UK and the US. In the US, the number of Telugu speakers has witnessed a particularly sharp increase of 86% between 2010 and 2017 making it the fastest growing foreign language in the country (according to the Center for Immigration Studies). Telugu is considered a very expressive and evocative language, but with a simple grammar. Telugu was used for the composition of lyrics of Tyagaraja in Carnatic music (one of the two major schools of traditional music of India), because of its musical vowel sounds at the ends of words. For this reason Telugu was sometimes referred to as the “Italian of the East” by 19th century Europeans. Beyond their music, Telugu-speaking peoples have a rich cultural heritage of dance, literature, folk arts, cuisine, handicrafts and handlooms. There are different local and regional spoken dialect variations as well as a distinct high-literary style of Telugu language, which has been used for a vast corpus of poetry, secular and religious epics, novels, and literature in all genres for nearly a thousand years.

Telugu has been taught at UC Berkeley since June 2007 when ISAS – with the tremendous support from the Telugu community, spearheaded by Dr. Rao Vemuri – raised $500,000. This money, along with Title VI federal government funding, enabled the hire of Berkeley’s first Telugu lecturer. Since then, Berkeley has graduated two PhD students who primarily worked with Telugu language materials and taught Introductory and Intermediate level Telugu every year. Between 2007 and the present, between 15 and 20 students have benefited annually from Berkeley’s Telugu language offerings.

The Telugu Society of America (TELSA) Summer Studies Research Award provides for one annual grant of $2500 in support of quality interdisciplinary research on topics pertaining to the people, language, region, culture, political economy, rural and urban planning of Andhra Pradesh and Telangana. Details at southasia.berkeley.edu/telugu-award.

Goal of the Telugu Studies Initiative

The Institute for South Asia Studies at Berkeley would like to raise a $3 million dollar endowment to support instruction in Telugu language and literature on a permanent basis and create a permanent faculty position focused on Telugu literature, history, and culture. Success will allow Berkeley to do the following: 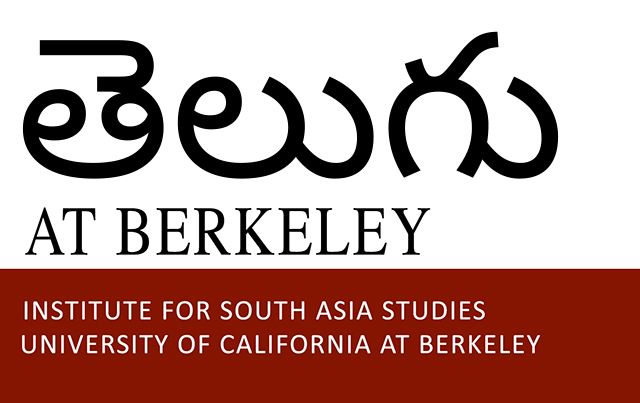