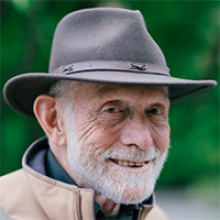 Michael Nagler is Professor Emeritus of Classics and Comparative Literature at UC Berkeley, where he has taught since 1966, and where he founded the Peace and Conflict Studies Program in which he still teaches the upper-division nonviolence course as well as meditation and other courses. Prof. Nagler has spoken and written widely for campus, religious, public and special interest groups on the subject of peace and nonviolence for many years, especially since 9/11. He has consulted for the U.S. Institute of Peace and many other organizations and is President of the board of METTA: Center for Nonviolence Education and of PeaceWorkers, and on numerous other boards, and has recently co-founded Educators For Nonviolence (info@efnv.org). He has worked on nonviolent intervention since the 1970's and served on the Interim Steering Committee of the Nonviolent Peaceforce.

In addition to his many articles on peace and spirituality, he is the author of America Without Violence (Island Press, 1982), The Upanishads (with Sri Eknath Easwaran, Nilgiri Press, 1987) and most recently The Search for a Nonviolent Future (Inner Ocean Publishing) which won the 2002 American Book Award and is being used in many courses as well as reading groups around the country (Italian translation appeared in 2005; pending in Korean and Arabic).

Michael Nagler is a student of Sri Eknath Easwaran, Founder of the Blue Mountain Center of Meditation, and has lived at the Center's ashram in Marin County since 1970.