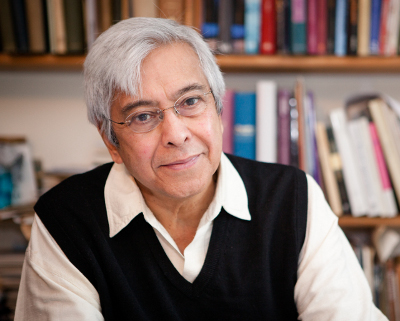 Partha Mitter is a writer and historian of art and culture, specialising in the reception of Indian art in the West, as well as in modernity, art and identity in India, and more recently in global modernism. He studied history at London University and did his doctorate with E. H. Gombrich (1970). He began his career as Junior Research Fellow at Churchill College, Cambridge (1968-69) and Research Fellow at Clare Hall, Cambridge (1970-74). In 1974 he joined Sussex as a Lecturer in Indian History, retiring in 2002 as Professor in Art History.

Mitter was Radhakrishnan Lecturer at All Souls College, Oxford in 1992 and Getty Visiting Professor at Bogazici University, Istanbul in 2011. He has held fellowships at the Institute for Advanced Study, Princeton; Getty Research Institute, Los Angeles; Clark Art Institute, Williamstown, Massachusetts; and CASVA, National Gallery of Art, Washington DC. In 2000 he was invited by the Indian Government to set up the School of Art and Aesthetics at Jawaharlal Nehru University in New Delhi.

In 1982 he curated and wrote an introduction to the catalogue of an exhibition on the history of Indian photography for the Photographers Gallery, London. At present he is Emeritus Professor in Art History, University of Sussex, Member of Wolfson College, Oxford and Honorary Fellow, Victoria & Albert Museum, London. In 2008 he received an Honorary D.Lit. degree from the Courtauld Institute, London University.

In Fall 2020, the South Asia Art Initiative at the University of California, Berkeley launched Crisis and Creativity: Virtual Artist in Residence at UC Berkeley. Artists’ residencies and their affiliative senses of travel and mobility with which we are by now all too familiar is all but nada in the time of a global pandemic. Yet, the word residency is inundated with the sensibilities of being in place, of domicile, and of dwelling. To recapture these senses, SAAI invited artists Mithu Sen (New Delhi) and Brendan Fernandes (Chicago) to experiment with new forms of making, translate embodied creative processes into a digital realm, and craft new modes of audience engagement across dispersed latitudes and time zones. Curated by UC Berkeley faculty Allan deSouza, Atreyee Gupta, Asma Kazmi, and Sugata Ray, this was the first project of this nature where two artists were live streamed for 72 hours on the SAAI Artist Residency website.

This 72-hour LIVE streaming performance subverting the virtual aesthetics and politics by counter-actively sabotaging & metaphorically selling (in varied time zones) the hostname ‘Berkeley’, a branded institution, and co-sharing this privileged platform to different creative professionals and staging a disruption over a LIVE streaming performance.

Slicing into 72 ‘one-hour residency’ this project questioning the ‘myth’ of co-collaboration, the (un)mundane labour, and the limits of hospitality! 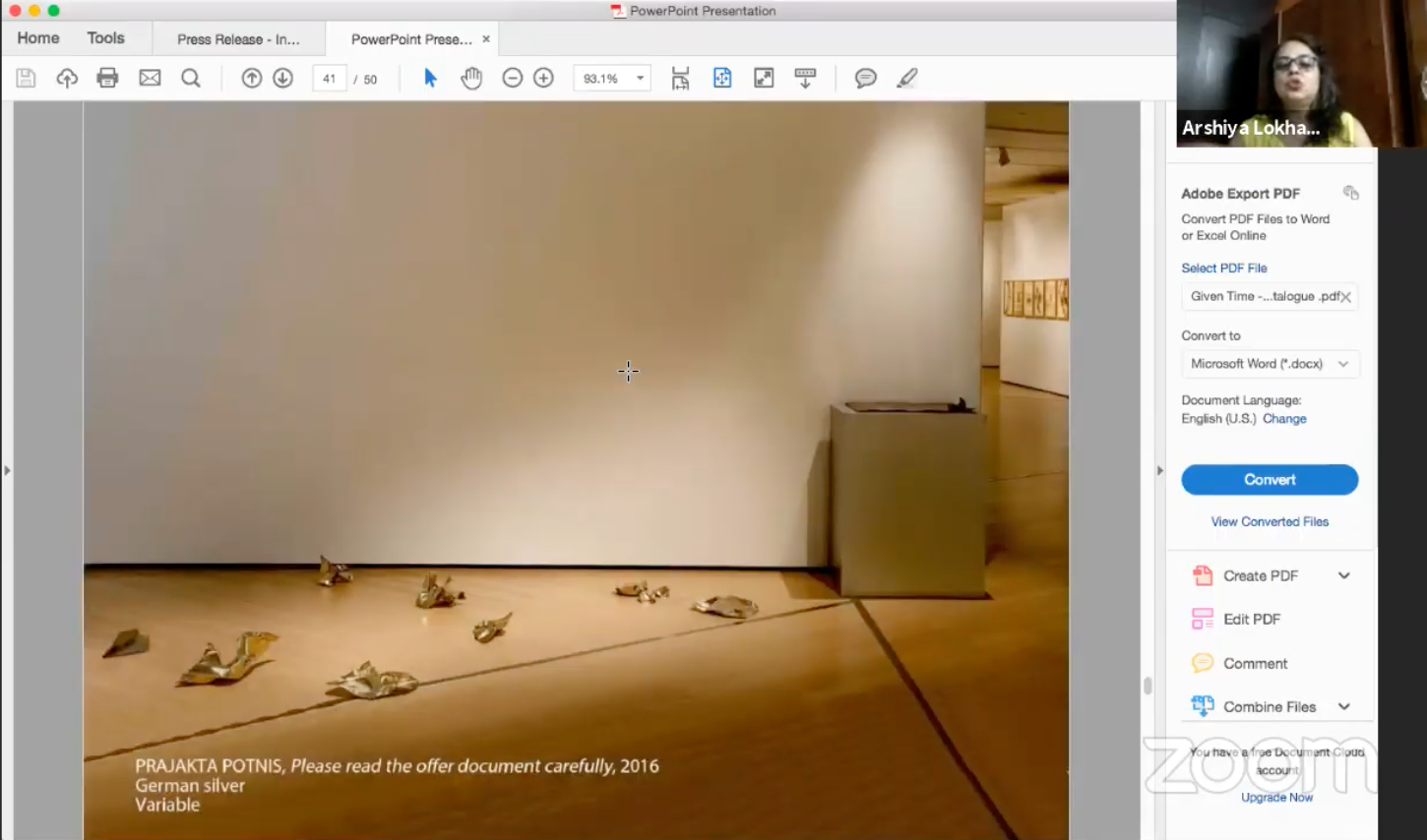 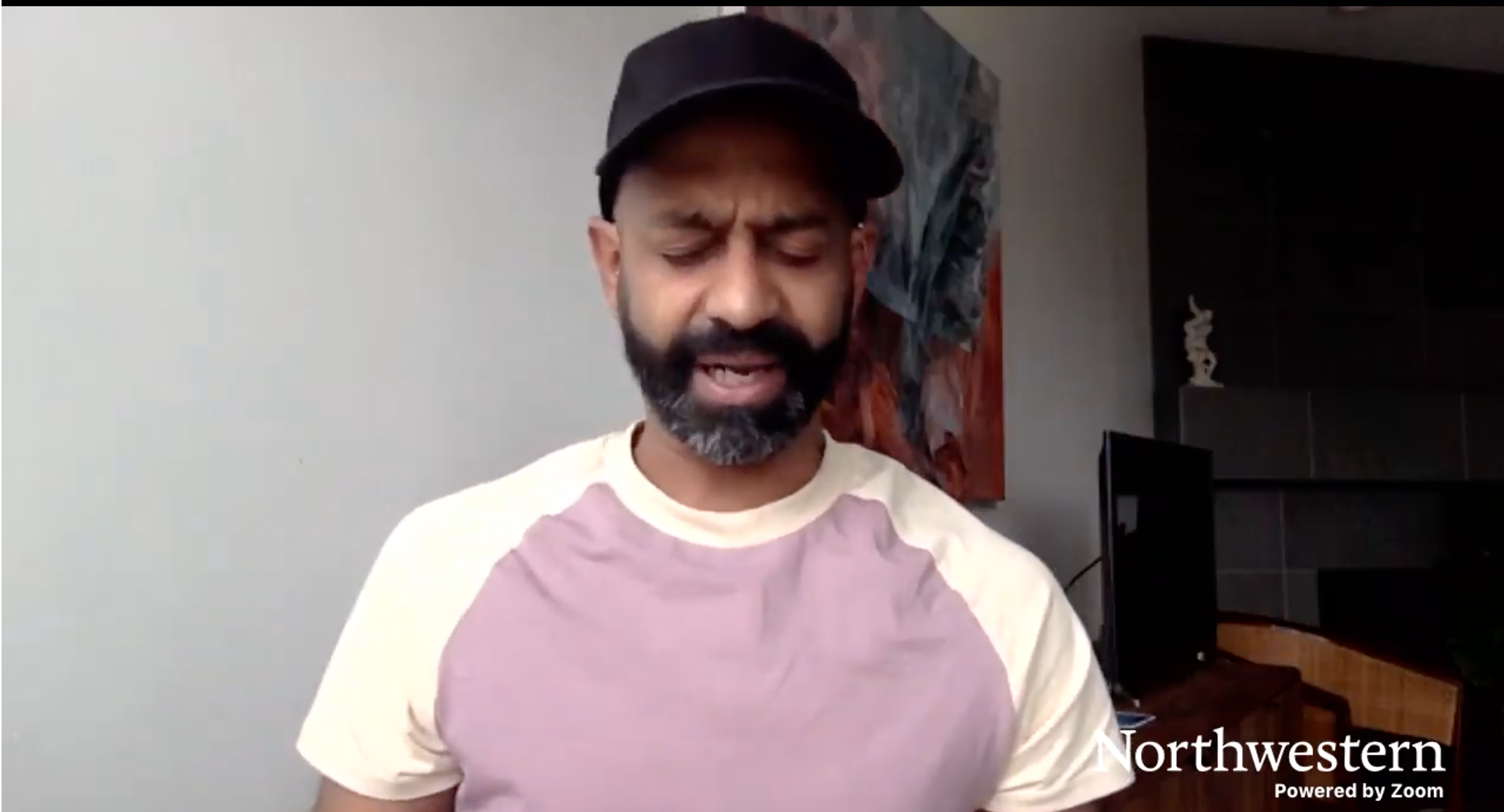