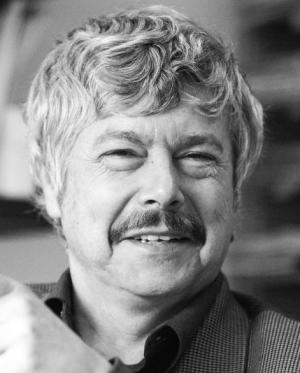 The Institute mourns the passing of Prof. Kirk R. Smith, Nobel Prize winning environmental scientist and pioneering researcher on the health and climate effects of household energy use in developing nations. Prof. Smith, who was a professor of global environmental health at UC Berkeley’s School of Public Health and the director of the Collaborative Clean Air Policy Centre (CCAPC) in New Delhi, died on June 15 at the age of 73 at his Berkeley home, following a stroke and subsequent cardiac arrest.

Prof. Smith is best known for his work, which he began with India-based colleagues in the early 1980s, on the scale of exposures and the resulting health effects of indoor air pollution from simple household cook fires. He led studies on the problem and worked on practical solutions in 20 countries in Latin America and Asia. He also spearheaded the design and implementation of small, smart, fast, and cheap air sensors for people in low-income countries.

Prof. Smith had a special relationship with India, visiting the country often to conduct research on indoor air pollution and provide expert advice to the government in designing many schemes that promoted the use of clean cookstoves and liquified petroleum gas instead of more polluting biomass. He brought out the importance of a "clean" chulha into academic literature and public policy thinking. His labors bore fruit when India in 2016 started a scheme to distribute LPG to women living below the poverty line. The program, as per a report in Scroll.in, led to a "56% increase in LPG consumption in India... [and] by September 2019, had benefited more than 80 million families, helping them shift to a smoke-free kitchen environment." In 2017, Smith partnered with the Indian Institute of Technology Delhi, Sri Ramachandra University Chennai, and The Energy and Resources Institute to create the CCAPC, which compares and evaluates policy options for dealing with India’s health-damaging air pollution of all types: indoor and outdoor, rural and urban.

In 1997, Prof. Smith was elected as a member of the US National Academy of Sciences, one of the highest honors awarded to US Scientists by their peers. In 2007, he shared the Nobel Peace Prize as a member of the Intergovernmental Panel on Climate Change. Famous for his dry humor, he joked that because he shared his Nobel with more than 300 other scientists, he should qualify for a famed UC Berkeley campus Nobel Laureate parking spot at least one day a year. (Even though he actually preferred to walk to his office from his home on Panoramic Drive just above California Memorial Stadium.) Additionally, Prof. Smith received the Tyler Prize for Environmental Achievement—often called “The Nobel for the Environment”—in 2012 and a Heinz Award in Environment in 2009. UC Berkeley honored him with a 2008 Chancellor’s Award for Research in the Public Interest and Prof. Smith was named one of 75 Most Influential Alums of the UC Berkeley School of Public Health in 2018.

Our heartfelt condolences go out to his wife of 42 years, Joan Diamond of Berkeley, daughter Nadia Diamond-Smith and her husband, Vanja Torbica, of Berkeley, and two grandchildren, Miro and Zoja.

More on Prof. Smith at: