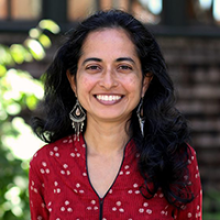 Anibel Ferus-Comelo draws upon over 20 years of community-engaged research and teaching to her joint appointment at the Center for Labor Research and Education and the Goldman School of Public Policy. She directs the Labor Studies program at UC Berkeley through courses, internships, and collaborative research initiatives. Her own scholarship has focused on the implications of corporate restructuring for workers and labor organization at different nodes of global production networks in the world’s most lucrative industries. She has published her work for mixed audiences of scholars and practitioners on topics such as: migration and precarious employment, women workers in high tech manufacturing, contingent employment in tourism, the Indian labor movement, and enforcement of labor standards in the mobile phone industry. Before coming to Cal, Dr. Ferus-Comelo worked as a consultant researcher and policy analyst on labor and corporate accountability for international agencies, including the German Federal Ministry for Economic Cooperation and Development. She began her teaching career in labor and Asian American studies at UCLA, and has taught globalization and development, gender studies, and the political economy of India over twelve years. Prior to that, she taught for five years on a joint union-university Certificate in Global Labor Studies in the U.K. She has also trained organizers through the Organizing Academy of the British Trades Union Congress. Anibel earned her Ph.D. in Economic Geography from Queen Mary, University of London in 2005, and has a B.A. and M.A. in Sociology.