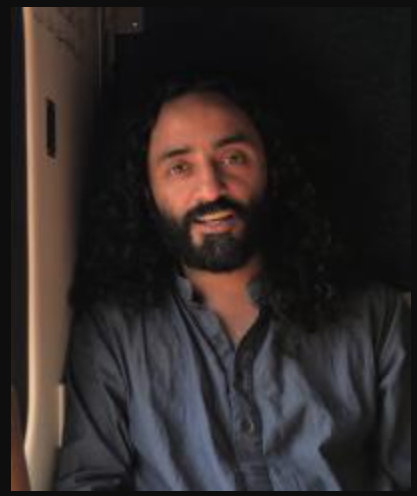 This dissertation is an inquiry into the death and defense of rivers through three stories of enclosures and activism from the Sindhu darya. Scholars of water politics in Pakistan typically pay little attention to the fishers, traditional irrigators, and riverine peoples. I focused on the strategic and creative rationalities of riverine activists, and asked: Why (and how) do ideas of river defense take hold in some places along the Indus and not others?

Ideas of river death and defense became legible at the end of last century as concerns grew over the human impact on nature. These ideas travelled to Pakistan and found expression in a variety of riverine resistance. Some even stood up to defend the river. Existing scholarship points to the political recognition of indigenous groups, sacred traditions, and the spread of secular-scientific environmentalism to explain river defense movements. But these factors neither explain variations along the same river nor work for the case of Pakistan.

Using archival and ethnographic data collected in four languages across the northern, central, and southern parts of the country, I studied variations in state control over the Indus River and the subsequent challenges by communities. I tell the story of three riverine movements, Samat in Khyber Pakhtunkhwa, Sindhu Bachao Tarla in southern Punjab, and Pakistan Fisherfolk Forum in Sindh. These movements are juxtaposed with three major technologies of river control – dams, irrigation, and drainage. The study contributes theoretically by dislodging the classical theory of the enclosure from its concerns of land and labor, and confronting it with the socio-hydrological flows of rivers. In extending this theory, I specify the socio-material, cultural, and political dimensions of river enclosures and their consequences.

The analysis shows that attempts to enclose rivers both undergird and undermine state’s claims of legitimacy. As the state attempted to enclose the Indus waters and lands, it failed to deal with socio-ecological overflows. Opening up the ‘field’ of the state, I examined these failures in the conversations of federal and provincial governments, head of states and water bureaucrats, international donors and project managers. The state control is also challenged by landowners, fishers, traditional and modern irrigators, nationalist movements and environmental activists. I demonstrate how riverine communities contest the river on state and non-state arenas, and in some instances successfully unravel the performativity of state power.

The study finds that the deltaic and floodplain communities suffer recurring and cumulative impacts of river infrastructure development and have the most potential for the emergence of ideas of river defense. However, activists may only realize this potential by centering the figures of the fishers, Adivasi, and traditional irrigator, who lack institutionalized agency. By selectively engaging and disengaging in the state arena, riverine activists influenced existing ethno-nationalist and decolonial politics. Riverine activists received scientific and secular ideas and made these widely legible through protests, poetry, and embodied performances. They forged river-wide alliances, challenged the state and investors, held people’s assemblies (lok sath), and organized yearly long marches (darya yatra). The strategic and creative work by riverine activists generated new political discourse of dharti, darya, and delta that directly challenged the state's claims over Pakistan’s water, land, and territory. The study, therefore, offers glimpses of alternative futures envisioned by riverine groups that privilege the life of the river, Sindhu darya, over the politics of productive distribution of Indus waters.